Banks ‘could boost revenue by 4%’ by copying digital challengers

Banks could boost their revenue by 4 per cent annually by embracing the strategies of digital-only banks and new entrants to financial services, according to research from consultancy Accenture.

This could result in more than half a trillion dollars in additional revenue for banks by 2025.

The report looked at the business models of nearly 100 leading traditional banks and over 200 digital-only players in 11 countries across North America, Europe, Asia-Pacific, and Latin America.

Accenture’s report identified two of the main business models being used by banks:

• “Vertically integrated”, or traditional, linear business models. For example, those that sell only their own products, those that distribute products from other providers, and those that deliver technology or business processes to others

• “Non-linear”, or adaptive business models. For example, “packagers” that assemble new propositions, adding value beyond just distribution; and firms that embed their propositions into third-party services, such as “buy now, pay later” services embedded into the merchant point-of-sale

The consultancy firm said that many of the leading banks analysed in the report have “vertically integrated” business models.

The report claimed that between 2018 and 2020, digital-only players performed significantly better than traditional banks, however those that adopted non-linear business models achieved a 76 per cent compound annual growth rate (CAGR) in revenue according to the research.

Those digital players who simply emulated traditional, vertically integrated models achieved only 44 per cent CAGR according to research.

Traditional banks in even the best-performing mature markets grew revenue at an average rate of less than 2 per cent annually – albeit off a much larger starting base in terms of revenues the consultancy noted.

“And in many markets, banking and payments revenues are flowing from incumbents to new entrants. To re-ignite growth, traditional banks need to reimagine how they create and deliver compelling products that focus on customers’ intentions.”

He added: “That will require rethinking their vertically integrated business models.”

Bank of England announces next steps for UK CBDC 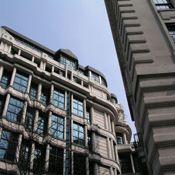 Banks ‘could boost revenue by 4%’ by copying digital challengers

91% of CFOs feel under pressure as their job roles change