US ‘overtakes EU’ as top region for UK FS exports

The US has overtaken the European Union as the leading destination for financial services exports from the UK, new research has found.

According to the latest annual report from TheCityUK, the industry-led body representing UK-based financial and related professional services, the US accounted for 34.2 per cent of sector exports last year.

The study revealed that the value of UK financial services exports remained stable in 2020 at £82.4 billion.

“Hosting one of the world’s leading financial centres provides widespread economic benefits right across the UK,” said Anjalika Bardalai, chief economist and head of research, TheCityUK. “The industry is a national asset.”

Bardalai warned that while the report shows the resilience of the industry in the face of acute challenges like Brexit and the pandemic, it also demonstrates the "highly competitive" nature of global financial markets. She said that this underlines the fact that if the UK does not keep pace, other centres will continue to vie to attract business.

“The UK’s status as a world leading financial centre is at risk unless industry, government and regulators work together to boost long term competitiveness, deepen key trade links, and focus on new areas of future global growth,” she added.

The UK's banking sector assets totalled $14.3 trillion - £10.3 trillion - at the end of the first half of 2021, the third largest in the world and the largest in Europe, ahead of France, Germany, and Italy.

The research found that around 2.5 times as many US dollars are traded in the UK as in the US. Overall, the UK has 43 per cent of the global total of foreign-exchange turnover. 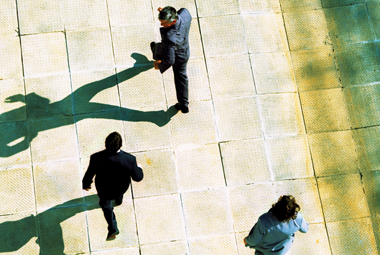 US ‘overtakes EU’ as top region for UK FS exports